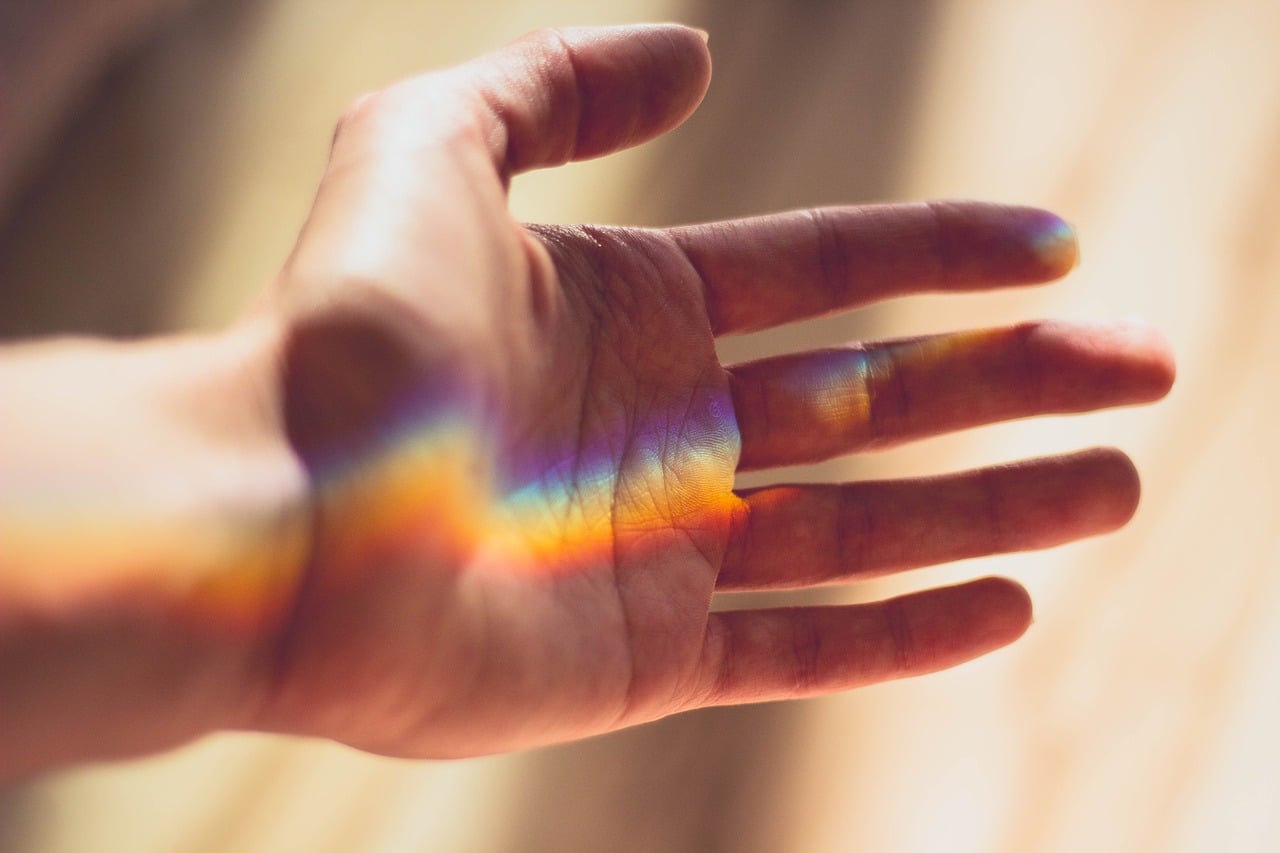 The main source of blue light is the sun. Blue light is one of the colored light rays in the visible light spectrum.

Sunlight comprises of two sets of light rays: Visible (you can see these with your naked eyes) and invisible ultraviolet light rays (hidden to our plain eyes).

Here is the interesting bit. The visible sunlight actually contains myriad different-colored light rays each of whom emits differing amounts of energy.

The visible light spectrum runs from red to violet including- importantly for our discussion- blue light rays.

In terms of the amount of energy it gives, blue light rays are considered high-energy.

Shuji Nakamura, a Japanese-born American engineer, discovered blue light. He was awarded the 2014 Nobel Prize in Physics for his troubles.  Nowadays you can find artificial blue light in dozens of your home and office devices.

Let’s now look at the various types of lights to help you better understand blue light.

One of the ways of measuring light intensity is its wavelength.

The wavelengths range for visible light rays is between 400–700 nanometers(nm)- one nanometer equals one billionth of a meter.

Here is an important point. The wavelength of visible light rays relates inversely to their amount of energy. Specifically, the longer the wavelengths of a ray, the less the energy it carries and vice versa. 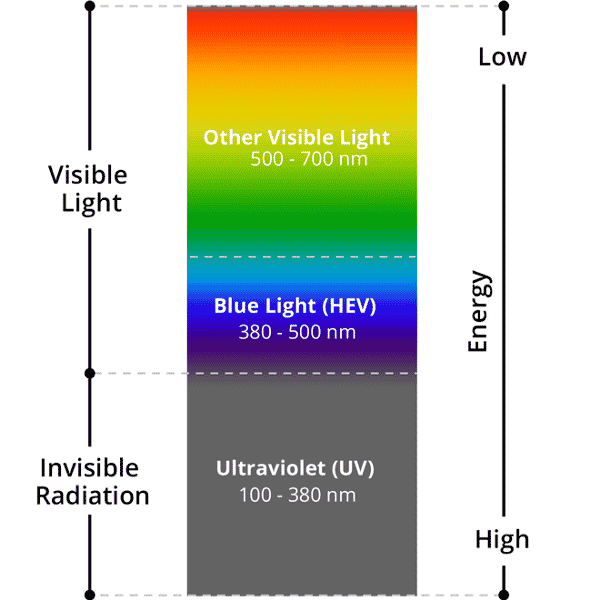 Image Via All About Vision

I hope you have noted the high-low energy categorization viz-a-viz the wavelengths.

As you can see, rays on the extreme red area in the visible light spectrum have longer wavelengths (500-700nm) and, hence, less energy.

Do you recall that we have said that blue light is considered high energy?  Well, now you can confirm that it has shorter wavelengths (380-500nm) hence the high energy classification.

You can as well see that the highest energy blue light rays have the shortest wavelengths. To differentiate them from blue light, we occasionally call them violet light or blue-violet.

This is also how the invisible rays (which releases radiation capable of burning your skin) get the name ultraviolet (UV).

Overall, the visible light colors are as many as the rainbow has. We won’t, however, cover all of them as our focus is the blue light.

Where is Blue Light Found?

Blue light is literary all around us.

As I had hinted, its main source is the sun, but you can find artificial blue light in dozens of your home and office devices.

Here are some of this equipment:

In short, your eyes come into contact with blue light numerous times in a day.

Why Are Most of Our Devices Seemingly Using Blue Light Nowadays?

The answer is in two terms popular among manufacturers: Efficiency and low cost.

Blue light is highly efficient. Since blue light has one of the shortest wavelengths, it follows that it will emit the most energy.

This makes it a favorite among engineers at the various consumer electronics makers around the universe.

Blue light is relatively cheaper, again making it a top choice among manufacturers searching for the most cost-effective manufacturing solutions.

Why Are Executives Especially Affected by Blue Light?

Executives spend the majority of their working time staring at screens. But there are other reasons to consider.

Many executives prioritize their jobs and career success over their health. You may ignore deteriorating vision, dried eyes, disturbed (or lack) sleep, and constant headaches.

Sadly, a majority of us don’t take these symptoms seriously, and we choose to look the other way instead of acting to lessen your discomfort.

Learn How to Protect Your Eyes From Computer

Posts with this term

How To Protect Your Eyes From Computer?

BACK TO GLOSSARY INDEX

Can we improve this page?