How to Survive the Unhealthy Meeting Food.

Meetings are a necessary part of running a business. Some employees spend as much as 5.5 hours a week in meetings. Business executives, like you, may spend a lot more time in a chair hearing reports, planning strategy and chewing on tasteless, mass-produced food.

The food at the meeting can change the tone and productivity of the meeting. How many of those powdered sugar-covered doughnuts have you eaten or stared at? Sit there long enough and you know you will eat them.

How many times have you left a meeting feeling like you’d been hit by a lunch truck? This kind of food drags you down and keeps you from being productive for quite a while afterward.

Your time is important. You need to make the most of it. When meeting food drags you down, then you are not getting the most bang for the buck with the meetings. 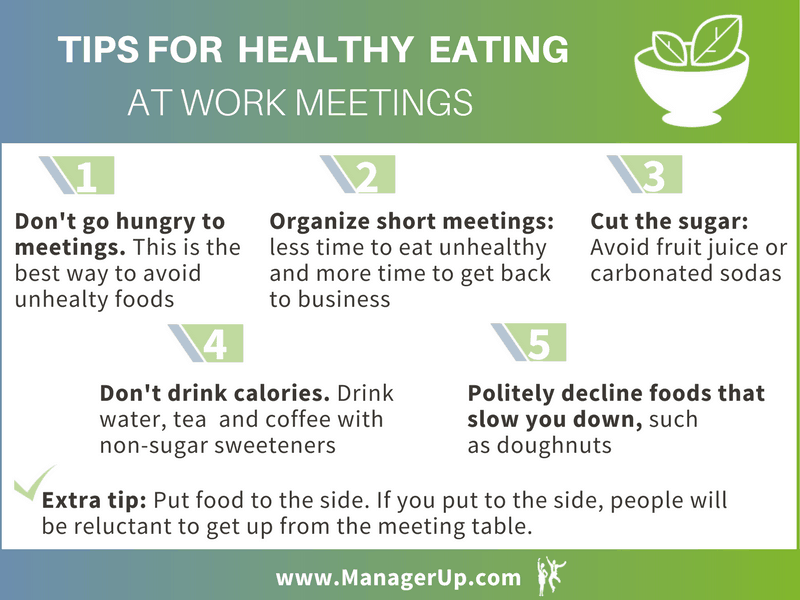 Some meetings do require food. Very early morning, around noon and evening meetings, need something to draw people to the meeting and keep them there.

Better food means more productive meetings. It also means better health for you, which means you are that much more effective at your job.

At the same time, you don’t want food that is going to slow people, and yourself down. Certain foods tell the body to slow down and pay attention to digestion.

The Huffington Post  says that junk food with a lot of gluten and sugar is to blame. Doughnuts are packed with both. Science says the parasympathetic nervous system reacts to a load of sugar and gluten like Wall Street reacts to The Fed raising interest rates. Everything slows down. Besides which, junk food adds unnecessary pounds and that slows you down even more.

Food at the business meetings may make you more productive. Learn how to make the right food choices.CLICK TO TWEET

You’ve got two main choices about meetings and food. First, don’t go hungry to your meeting. If you show up hungry, you’ll be tempted to eat. The best thing you can do to avoid eating at a meeting is to eat before the meeting.

2. Take Your Own Food

If someone questions this, explain it’s part of a nutrition program you are on to improve your health and get more done in the office.

Short means things get done quickly. You do not waste time and you can get back to business. No matter when the short meeting is scheduled, water only.

If you’re going to be there less than 30 minutes, people don’t need to waste time grazing a table of food. They spend time looking for plates and napkins. When they’re finished with the food, then they have to hunt for a trash can. It’s a waste of time.

A cup can be left on the table because it does not take up the same space as a plate and cup.

Avoid fruit juice or carbonated sodas. The sugar is not good for you and fruit drinks are packed with sugar. The carbonation, especially in a short meeting, leads to feeling bloated because of the CO2 buildup in the stomach. In a short meeting, most people will try to drink the whole drink because they don’t want to waste it.

Do have some water, especially for people who are speaking. They may need something to lubricate their vocal cords. For everyone else, stick to water and coffee with non-sugar sweeteners, says  the Center for Total Health. If it is an early morning meeting, coffee is pretty much a requirement.

If you can handle it, drink it black. Dumping in sugar engages that parasympathetic nervous system. Energy is diverted from the brain to the digestive system. Anyone who really needs coffee will drink it black or with artificial sweeteners.

Sometimes, green tea is a good choice too, but that’s harder to come by than coffee.

If you are at a meeting with a food table, coffee, and sugary beverages, politely decline. In some cultures, especially the Southern United States, it’s considered rude to turn down food. Be polite but still, say no. Come up with a reason to avoid the food while not insulting the host.

Get more healthy ideas on our top diet books selected with executives in mind.  Start building healthy eating habits in your executive life. 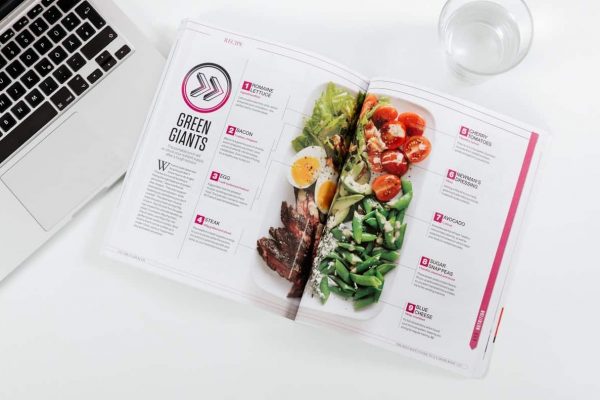 What other strategies would you add to this list? Please, share your ideas with us in the comments!